Whenever I witness (or unwittingly engage in) an argument over writing style and rules (“NEVER head-hop!” “Don’t use dialogue tags!” “Don’t use contractions in formal writing—ever!”) I laugh a bit, only because these conversations usually betray a participant’s a) skill level or b) arrogance or c) lack of confidence. 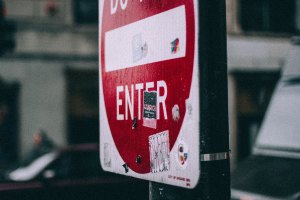 Here’s the thing. A great writer knows the rules and skillfully breaks them, line by line, experimenting with variations in structure, voice, and tone. A great writer also understands her audience, imparting a sense of awareness to the work so the piece doesn’t meander into self-indulgence.

But these so-called rules of writing exist so we all understand each other, at a very basic grammatical level, without leaving ourselves scratching our heads and questioning the writing quality. There’s a difference between writing well and writing to market. Here’s an example:

One individual challenged me to find a work where a writer included two speakers in one paragraph. He argued that it is “too confusing” for a reader and breaks some such rule of publishing. The funny thing is it’s very possible (and very common) to have two bits of dialogue in the same paragraph; in fact, this happens in One Flew Over the Cuckoo’s Nest:

They put the graphite salve on his temples. “What is it?” he says. “Conductant,” the technician says. “Anointest my head with conductant. Do I get a crown of thorns?”

Careful readers understand there are two speakers presented here, McMurphy (the gentleman subjected to the anointment) and an anonymous technician. The conversation moves along swiftly, perfectly timed to highlight a maybe-crazy person’s descent into forced electroshock therapy. And, PS, I was not confused.

What my self-proclaimed opponent failed to see was that great authors understand that there are RULES (like using periods for sentence stops and capital letters for proper nouns) and then there are the “rules” that are broken to fit within a particular STYLE. Skilled writing also doesn’t speak down to an audience; no reader wants to feel “dumb,” but instead wants to come away from a book or short story or memoir or what have you and feel like they stretched their limits and gained something from the story beyond a brief love affair with its characters.

So, remember that writing rules are merely guideposts. Even grammatical conventions can be successfully broken if done intentionally and with sensitivity to the reader. While we’re not all meant for high-brow literary fiction or quasi-philosophical poetry, recognize the difference between basic writing skills and grammar, versus writing within an established style.  Writing is more art than science. I’m sure Faulkner would agree.